Threshold cryptography exists in obscurity relative to more widely exposed concepts in security: encryption, digital signatures and certificates, for example. Although academic cryptography experts tend to have good familiarity with Shamir’s Secret Sharing Scheme and Blakley’s Scheme, a great many industry practitioners are unaware of these algorithms and how their implementation can offer tremendous benefits within an existing cybersecurity tech stack.

Threshold cryptography – often referred to as “secret sharing” is a mechanism for sharing information among a group of participants. It is easily understood by example: Alice, Bob and Charlie are siblings. Their father, David, has diamonds in a safe deposit box, which can be opened with a passcode. David loves his children but doesn’t entirely trust them. He wants to make sure the safe deposit box is accessible upon his demise, but only upon the agreement of at least two of his children.  To achieve his goal, David can employ Shamir’s Secret Sharing Scheme (SSSS) to provide each of his children with a portion of the passcode, but not enough to act alone.

We will get into the mechanics of how SSSS works momentarily but let’s pause here to make an important observation: secret sharing isn’t broadly useful in an information security context in the same manner as encryption. With respect to encryption, it is intuitive that we don’t want anyone snooping on the password sent from users to their bank’s websites for online transactions. Similarly, the utility of physical signatures is obvious even at a young age, and digital signatures are easily understood as the 1s and 0s equivalent of signing one’s name with a pen. It isn’t remotely as clear as to the utility of threshold cryptography under ordinary circumstances (i.e., when one isn’t trying to split the passcode to a safe).

Threshold Cryptography is hard to implement with a reasonable user experience.

Let’s get back to David’s quandary regarding his safe deposit box. Let’s assume he chooses to go forward with his plan to use SSSS to split the code among his children. There are some command line tools that allow David to split a secret. There are even websites that let David take SSSS for a test drive. But once David has split the secret into components, then what?  Is he to distribute on paper the pieces of the secret to each of his children and have them each hide their notes in their respective sock drawers?  It just doesn’t seem all that practical.  It might make sense to engage in this sort of charade for high-value information, such as bitcoin keys (and, indeed, there is software to do so), but it certainly isn’t as simple as the average app on a smartphone.

So is that all to the story?

Before we throw in the towel and conclude that SSSS isn’t particularly useful, let’s take a look at how SSSS actually works.  It is surprisingly easy to understand.

Threshold cryptography: under the hood.

Concept 1:  On a cartesian plane, you need two points to define a line. With just those two points, you know everything there is to know about the line.  For example, we know the Y intercept with certainty.

In understanding SSSS, let’s say the Y intercept is our secret. Alice and Bob each know one of the points on the line. Together, they can draw the line exactly as it should be, and they know the Y intercept – David’s passcode. 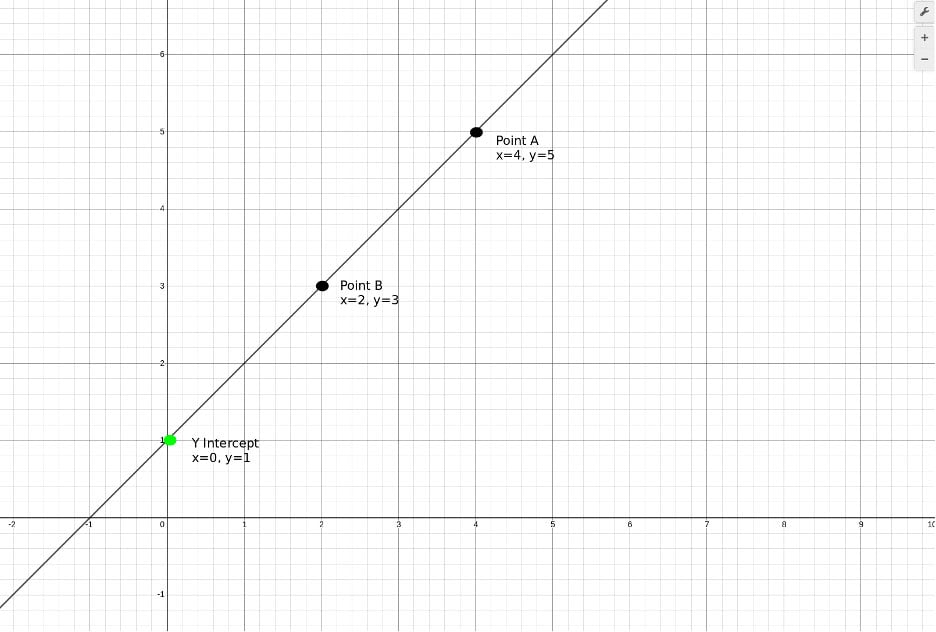 Figure 1: Only two points are needed to define a line and know its Y-Intercept with certainty.

Concept 2: One point isn’t sufficient to define a line - an infinite number of lines could pass through that one point.  In other words, Alice, acting on her own, doesn’t have sufficient information to draw the line and therefore cannot know the Y-intercept. 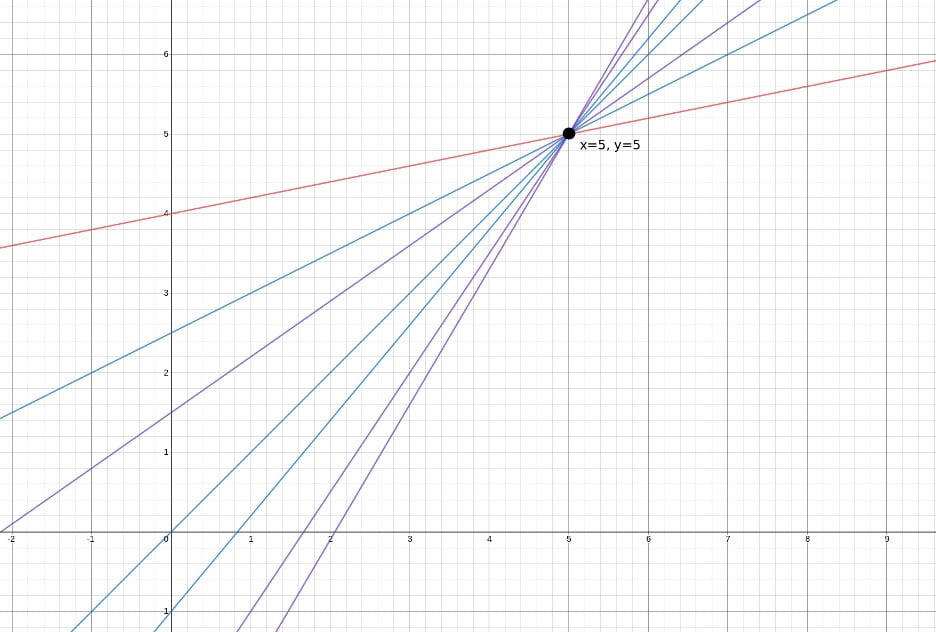 Figure 2: An infinite number of lines pass through point (5,5).

Concept 3:  Using two points to define a line, we can calculate any number of additional points on that line, and use any set of two points to define that very same line.  We can add Charlie into the mix simply by providing him another point on the line.  Now, Charlie can coordinate with either Alice or Bob to draw the line and determine the Y-intercept.

Figure 3: We can add a third point to the line, point C, and then use either A and B to define the line, or A and C or B and C.

So, there you have it! SSSS in a nut-shell. With simple geometry, we can share a secret among a group of participants, providing none of the individual participants with sufficient information to  access the secret but enabling a subset to coordinate to determine the secret.

(To be fair, we’ve over simplified our explanation a little bit. In a real implementation of SSSS, the math would all be done in a finite field, but the above provides the framework).

Some pretty cool features of SSSS.

These deserve a mention:

Configurations in threshold cryptography are often referred to as M-of-N configurations.  By that, we mean that a total of N people (or devices, pieces of paper, etc.) have pieces, or shards, of the secret and that any M participants can collaborate in order to reveal the secret.

Understanding how SSSS works also further accentuates how awkward it can be to utilize. Each of the participants needs to store securely his or her piece of the puzzle and then when it comes time to reassemble the secret, a sufficient number of participants must come together to do so.

Now that we have reviewed how threshold cryptography works, let’s talk about encryption.

Symmetric ciphers, such as AES (and Triple DES) have been around for decades. They’re used frequently in a variety of applications. In fact, AES is so important and popular that most modern CPUs have instructions built-in for hardware implementations for it. As you read this blog post right now, your connection to the server uses HTTPS which, in turn, (generally) uses AES for the underlying encryption of traffic. In a certain sense, AES is ubiquitous.

Of course, a key is needed every time AES is used. The generation and storage of that key ranges in difficulty from relatively trivial to being a royal pain-in-the-neck, depending on the circumstances.

Encrypting data at rest is a different story. Keys are not ephemeral but rather they must be stored securely for future use. In general, the storage mechanism involves some sort of password based system: (a) hashing a password, (b) encrypting keys with asymmetric ciphers which, in turn, involve passwords or (c) storing keys on a central server accessible via… you guessed it… a password. This creates problems:

Basically, we’d all be a lot better off if we could store encryption keys without the involvement of passwords, which brings us back to the idea of using threshold cryptography. The example of David and his three children provides a good backdrop for how we can split encryption keys into pieces. But there is a problem we must overcome: just as we pointed out earlier in this article, it would be rather inconvenient to store the pieces of the keys on paper and rely on the participation of several people in order to decrypt our files.

Fortunately, there is a much better way. We can take the keys, split them into pieces and store them on our own computers, smartphones, tablets, etc. That is precisely what we do at Atakama. The encryption process is as follows:

Then, when it comes time for the user to access the file:

And here we have it - by marrying threshold cryptography with encryption, we enable the encryption of data at rest without the use of passwords.  Furthermore, because we can create as many pieces of the key as we wish, we can have as much redundancy as we would like regarding the safety of key storage.

Atakama’s core innovation is the creation of a fully distributed system combining traditional encryption with threshold cryptography, all with an easy-to-understand user interface.

Atakama works by encrypting each object (file) with its own unique key, splitting the key into pieces, and then distributing the pieces of the key among several devices. Consequently, an attacker would need to hack into multiple, physically separate devices in order to access a user’s data.

By encrypting each file individually, we render a breach almost completely useless to the attacker. The most an attacker can access is a file in use at the exact time of the attack, which is a vast improvement over the status quo.

Protect Your Data on the Way to the Cloud

Migrating to the cloud offers the promise of flexibility, better security, cost savings, increased collaboration and gaining a competitive edge, but it isn’t without its problems.